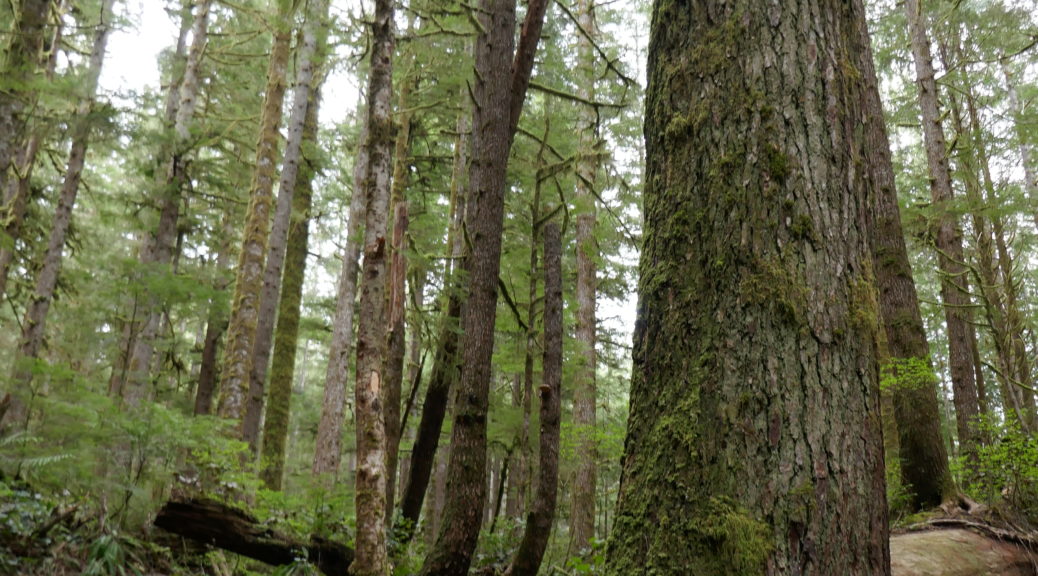 DISCLAIMER: This piece is a translation from a previous post written in French. If you can read French, I strongly advise you to follow the link. If you don’t, please mind my translation abilities.

Some things can only become real when we feel them within our deepest.
No speech, no narrative, ever so rational, however inspired, can pretend to do more than scratch the surface of our awareness.
Direct experience only can allow us to fully grasp the nature of the World.

It is to this experience that I dedicate this writing.

Dreams of a wood

Once upon a time, in a dark clearing, a seed fell from a tree.
It waited patiently for its time to come.
Surrounded by its parents, its siblings and cousins, bathed of their presence, it slept.

One day a storm or the fire of the Sun, unless it was the Fire itself, pulled it from its torpor.
It woke up, unleashing the life it was inhabited with.
Protected by its peers, cradled by the softness of the forest cocoon, it rushed with all its might towards the heights.
Its roots drew from the soil water the legacy of ancestors, it gorged itself with the air it breathed in full pore. Its first frail leaves spread out, drawing a bouquet able to collect the strength of the Sun.
Already, it was rising among its kind.

There were a lot of them.
Soon, they were too much, and they found themselves cramped. They crammed together.
Some tried to free themselves, stretching out to the sky.
Extending their branches, their leaves sometimes covering of their shadows that of the neighbors, forcing them to more effort, to go further, higher. Sometimes, further than they could.
One would often fade away in this deceptively quiet melee.
In this sound silence, lives in becoming, carrying the hope of centuries, were extinguished without a cry.
No animosity, however. No one resented anyone.
Simply, one had to live.

Sometimes one of the elders fell, dragging with him its own offspring.
Sometimes some scratch, inflicted by beings living in another time, degenerated into a deadly rot.
At other times, they disappeared without a trace, in a flash.
But still, the everlasting shifting of seasons punctuated the inevitable growth, from autumnal withdrawals into spring spurts, from flowerings to fruit bearings.
Year after year, ring after ring, they grew.

As time went by, our seed became rare; around it, the competition had gone out.
From a vicious battleground, the clearing had turned into an organized space, where rarities were balanced in subtle countermeasures, each one encamped on positions acquired by hard struggle.
And everyone thrived quietly towards the peaks.
Certainly some yielded, suddenly freeing a space quickly filled by their siblings.
Peace now reigned.

They enjoyed the caresses of the Sun, day after day, they delighted in the rain.
Sometimes, in the distance, they noticed an old companion wearily giving way to a welcome surge of youth.
And despite the plagues, and the fury of the flames, the equilibrium always returned, much like a spinning top that a flicker jostles, eventually winds up returning to its stoic dance.
The life that populated the trees vibrated and abounded in unison.
The Forest, as one and the same soul, hummed its song.

Until one day, everything changed.

At first they felt, carried by the winds, the unlikely perfumes of a terrible slaughter.
Some were dying, it seemed, entire forests at a time.
The rivers bore the bodies of trees and the smell of their blood.
Rivers of blood.

In a flash, everything changed.

The cozy bed, which had always sheltered the renewal, disappeared.
The sweet warmth, the soft, damp shades, all of that was gone.
The cherished roots of all these companions were nothing more than dead tentacles.
The young shoots now found a roughness that no one had known.
A sometimes deadly cold, a burning sun harassed them unceasingly. The bruised earth could no longer retain the treasures of yore.
Many did succeed in rising, but without the companionship of the other peoples of the wood, without the tender wake of the ancestors, one lived a miserable existence.
From the profusion of the past, there remained only a monotonous expanse covered with the deformed offspring of a vanished people.

Big Lonely Doug, frail solitary giant, fearing death from the height of his centuries, mourns in silence the splendors of the past.

The largest field of ruins

Anyone who tries to imagine the effect of the presence of a tree of this size is somewhat helpless without knowing it.

There is, to the vicinity of these behemoths, something deeply humiliating. At their touch, we very quickly feel that we really do not play in the same category.
Hundreds of tons, sixty-six meters high, three feet ninety in diameter; although Big Lonely Doug is only Canada’s second largest Douglas fir, superlatives are lacking.
One takes the measure of the difference with what they know. These few oaks or plane trees which populate our cities and countrysides, which were formerly regarded as immense and venerable elders find themselves outrageously dwarfed.

In the case of Big Lonely Doug, what really struck me wasn’t the tree itself, but its surroundings.
The environment that gave it birth has obviously disappeared.
At the feet of the giant now spreads a desert space, covered with the huge stumps of other felled trees, a few ferns, shrubs and young trees, and that’s all.
The impression of ravage is stifling.

Especially after visiting Avatar Grove, a plot of land a few kilometers away, which also houses some of these giants, but in a much more preserved context.
There, trees intertwine, grow on each other. On all floors, in all shapes and sizes, life abounds: trees, shrubs, climbing plants, lichens, insects, mammals, mushrooms, leave an impression of organized disorder, an arborested broth of culture where life abounds. Diversity is such, the clutter so productive that the untrained eye struggles to tell things apart.
And, again, the comparison imposes itself.
Impossible, having witnessed the insolent luxuriance of these primary forests not to think back with anguish to these tens of kilometers of arboreal monoculture that some dare call a forest.
Moreover, with a little hindsight, these mass cultures remind more of a leek sowing in intensive agriculture than of an ecosystem proper.

In addition to the visual impact, I deplore the fact that these forever-extinct forests were the result of millions of years of evolution, and millennia of local accumulation.

As can be seen in the previous photo, these environments are extremely rich: they are full of unique life forms whose existence is only possible under very specific conditions.
And once the big trees have fallen and their material has been extracted, the whole cathedral collapses.
Trees of this size were only able to thrive because they themselves benefited from exceptional circumstances; they have in turn sheltered the development of particular life cycles, ans so on …
To cut the foot of these giants is to vandalize an ancient work of art, to burn the Great Library once again, to murder wise elders.

You might argue that I overact, that the trees do not feel a thing, that they are only plants, and that they have nothing to teach us.

First, these forests are far from containing only plants; they are populated with a multitude of fascinating and fragile animal species, including bears, wolves, cougars, eagles, insects, and so much more we know nothing of.
They are also made up of a very rich ecosystem which the first nations people depend on for the very possibility of a life different than that imposed by the civilization that dispossessed them. Without plants, no more natural medicines, no more shelters, no more kayaks. Without game, no hunting, etc … Without nature, no more Back to Nature possible.

Secondly, recent research suggests that some plants communicate with one another [1], carrying electrochemical messages , and exchanging nutrients. Some people even consider forests no longer as clusters of various species, but as a entity enjoying a certain form of consciousness. And maybe even some wisdom …
Fancy?
My answer is rather simple: if we destroy it all, we will never know.

Then you may tell me, we must live. We humans are consumers, we need resources.
Certainly. But what a poor choice!
To go and knock down these wonders for a few dollars an hour is much alike selling away our family’s jewelry at a way too far discounted rate … And those of our neighbors too.
What a deal.

Even though it seems that the forestry industry in Canada wants to take an increasingly sustainable turn, we are still a long ways. [see Government of Canada webpage] [2]
At this very moment, primary forests are still being logged, sometimes even by means of helicopters. And despite the fact that some areas identified as valuable are now protected, they still need to be protected before the chainsaws meet them.

I learned from a young former logging engineer (reconverted) that logging companies rarely apply the sustainable logging plans they establish for themselves and are virtually never independently controlled.
On my side, I wouldn’t like, at any cost, want to have to explain to my grandchildren that I fell the last millennial red cedar “because we had to change the iPhone”.
And enrich just a little more a handful of shareholders.

But beyond the dry loss that constitutes the vanishing of these ecosystems, what scares me most is the narrowing of our imaginations.
The very image of what Nature can and should be is gradually altered over generations, because of a more or less slow degradation.
This is known as “sliding baseline syndrome” [3].
Here’s the pitch: our parents were used to a certain environment, with which they learned to live. Over the course of their lives, they have certainly seen this environment become poorer, but to an acceptable extent. In the same way, we have seen things change, although for us these are only minor changes. But overall, the loss during several generations is appalling, and our children begin their lives with a very deteriorated environment compared to what was offered to our grandparents.
For example, remember (for more than twenty-five year old folks) when we were kids and we went on vacation. The windshield of our parent’s car was so smeared with dead insects that we had to stop to clean it on the go.
Nowadays, one will hardly find any stains at all after hundreds of kilometers.
And our children will find it normal.
Perhaps will they even tolerate for the situation to deteriorate a little further.
If they can afford to.

This is where our millennial trees come in play, and the forests that shelter them.
Because these treasures, by their sheer gigantism, strike us in an eminently intuitive way, in the flesh, almost: they remind us, in spite of ourselves, of the magic of the World as it was, and throw to our face the extent of our destructive greed and our all-but-too-common ability for blindness.
Priceless milestones of the glories of the past, they should set a goal to reach, inspire us the ambition for a better future for our descendants than what we ourselves have known, and serve, in the meantime, as monuments in remembrance of the mistakes of the Past.

May you meet these venerable elders in their cathedrals of green. May you feel deep inside the immeasurable beauty of the World.
May you, forever and at all times see in all things a part of the presence of the Giants.

An account of the discovering and saving of Big Lonely Doug in 2011 :
https://thewalrus.ca/big-lonely-doug/